I toured the Lilly pharmaceutical museum in Indianapolis last week.  It was fascinating.   I was in town to attend the American Association of Diabetes Educators annual meeting.  Lilly & Co. produced the first commercial insulin in the united states starting in 1922.

Prior to the 1920’s virtually everyone who developed type 1 diabetes died with a year.  The only known treatment was to stop ALL sugar and other carbohydrates.  This could prolong life for another year, but was absolutely miserable.  Many died of starvation.

In 1922 at the University of Toronto, Dr. Frederick Banting discovered that the secretions from a a dog pancreas, (later called insulin) when injected in diabetes patients could quickly restore their strength and vitality.  In 1923 Dr. Banting was awarded the Noble prize for medicine.

With Dr. Banting’s techniques to gather insulin, it was possible to treat only a handful of patients.  They partnered with the pharmaceutical company Eli Lilly.  By the end of 1923, the company was producing enough insulin to supply all of North America.  When it came, insulin was like a miracle.  People with severe diabetes and only days or hours to live were saved.  As long as they kept getting their insulin, they could live an almost normal life.

As I toured the Lilly  museum, one thing in particular touched me.  It was a placard from 2004.  The placard listed over 100 names of people who had now lived over 75 years while taking insulin.  Without the discovery  of insulin, all of these people would have died in the 1920’s.  Please see the attached photo.   If you are interested in a more in depth review, I read an excellent book last year covering this subject: Diabetes, the Biography. 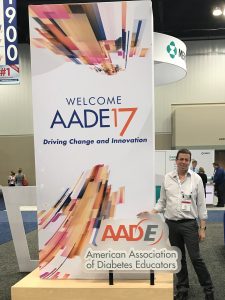