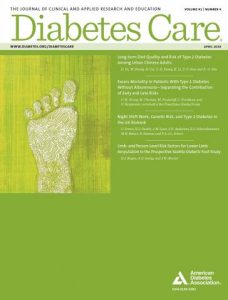 More evidence of the high cost of diabetes to Saipan’s economy was released today.   The American Diabetes Association today released this study in their lead journal, Diabetes Care.   They commissioned the  Lewin Group to perform a comprehensive study, showing the cost of diabetes to the entire United States.  Their study indicates that in 2017 the cost of caring for diabetes increased 25% from 2012, to $327 billion per year.  To put this in perspective, this would be $1006 of cost for every man, woman and child in the entire country.  Now to the CNMI:  if our costs for diabetes care was the same as the U.S. (of course it is much more), this would indicate a cost to our economy of $56 Million every year.

Most times we look at the cost of our diabetes epidemic here in Saipan in terms of human suffering and broken up families, and of course these are the most serious concerns.  The economic implications are also huge.  Medications to treat diabetes or its complications accounted for $100 million, or nearly 1/3 of the total cost.  Diabetes patients are much more likely to be admitted to the hospital.  Increases in the cost of hospitalization accounted for $70 Billion.  Other costs include loss of productivity through sickness and early death of $90 billion, diabetes supplies, mostly for blood testing of $35 billion.  Surprisingly, increased visit to doctors only accounted for about 9% of the increased costs, or $30 billion. 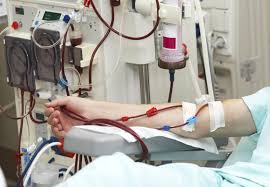 These increased costs of diabetes care in the United States are staggering.  For many reasons we know our costs here in Saipan and the CNMI are MUCH higher.  The CNMI Steps Hybrid Survey revealed that the CNMI overall has a 50% higher rate of diabetes, when compared to the US as a whole.  Among Pacific Islanders, especially Chamorros the prevalence rate of diabetes was more than double.  Numbers directly from Medicare, show the CNMI has a MUCH higher rate of dialysis from diabetes than seen in states such as California and Hawaii.  Furthermore, based on a study I did in my office, (I will make a separate write up on this soon) the average person with diabetes here has much worse control of their condition than is seen in any of the 50 states.  Based on all of the above I estimate that the increased economic cost to our Commonwealth from diabetes to be between $100 to $150 million.  At a time when our yearly  local governmental budget is just over $200 million, this is truly a staggering sum.